Digital distribution games are already firmly established on the PC, and they've infiltrated every present and next-gen console to some degree. Whether you like to play DOS, AAA, PC or indie games, there's a way to purchase most of them without leaving the comfort and warmth of your couch or desk.

There are many options for downloading video games, but this game focuses on downloadable PC games, helping you determine which services you need to get the games you want. Next week I'll cover console digital game distribution.

Where to Buy PC Games Online

The first name in digital computer game distribution for PC and Mac. Publisher/developer Valve Corporation started the service to push Counter-Strike updates more easily. Now, it accounts for as much as 70% of the $4-billion-a-year computer game download market. Forbes Magazine wrote that it also makes 40% more gross profits than comparable brick-and-mortar game stores.

Features include thousands of indie and AAA titles to choose from, constantly rotating sales of 50% off or more, and cloud services for saved games. If you want to buy a computer game online, this is where you'll probably do it. It even offers the Steamworks suite of tools to developers for easier Steam integration, which has been utilized by AAA titles like Call of Duty: Modern Warfare 2. 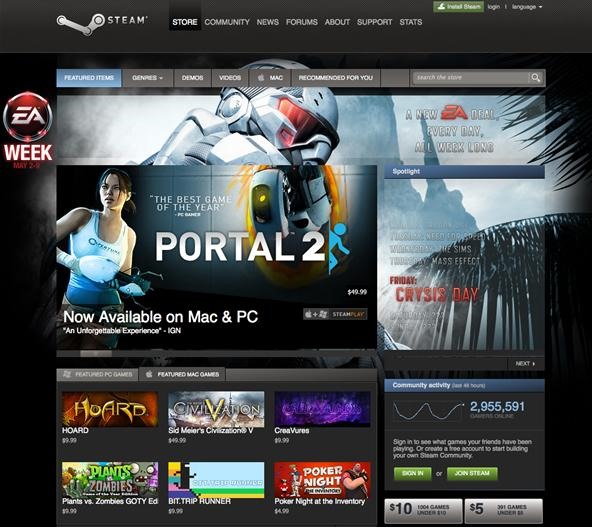 Steam's main competitors. They're owned by IGN, GameStop (who just bought it from StarDock), and Amazon respectively. All are very Steam-ish, offer many similar games, but don't have as slick of an interface or all of the services that Steam offers. Plus, I trust Valve more than any of those companies.

The premiere casual games site. Unlike its free and browser-based brethren, PopCap offers high-quality casual games for sales and dowload. These include ubersmashmegahits Peggle and Plants vs. Zombies, which are heavyweight titles despite their casual look and price.

Abandonware refers to games for whom no one owns the copyright and are not attempting to distribute for sale. These games have been orphaned by commerce, but not by the hearts of gamers who remember DOS. Abandonia is a community-run free website devoted to documenting and making available for download all the abandonware games possible. Many games have been made available only to be removed later because their developers or publishers realized they still had value after they did well on the site. Abandonia has taken those game down willingly. Younger gamers probably won't see the appeal, but for PC gamers of a certain generation, this website is heaven. 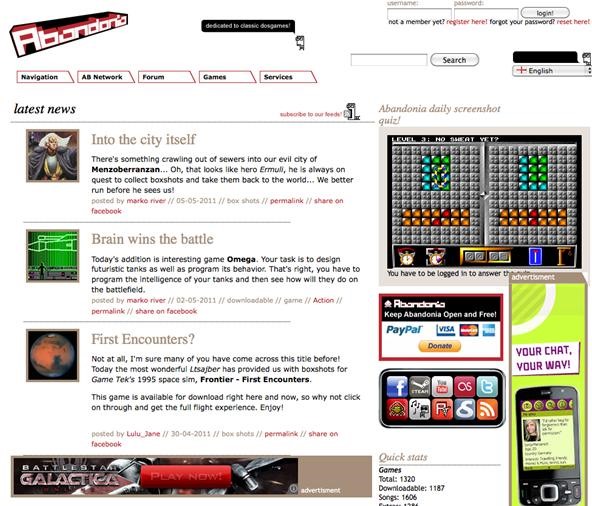 In 2008, Polish game publisher/developer CD Projekt started GOG in order to distribute reliable, cheap versions of classic computer games. After starting with the Black Isle Studios Fallout games and a few others, they now have hundreds of games available and deals with dozens of publishers. All games cost less than $10 and come preloaded with custom DOSbox players that ensure they will run perfectly on new PCs without having to fiddle with any system settings. There are thousands of hours of PC gaming heaven to be had on this website, and most of the games will run on any computer from the last 7 years. This makes it a great service for anyone who loves high-quality games and doesn't have the pocketbook for a high-end PC and $60 new games.

For the mimimalist gamer who doesn't want to pay or install anything, there are always free Flash games. Kongregate, Armor Games, Adult Swim Games, NewGrounds, and dozens of other sites all provide hundred of free games playable in-browser for free. These games might not have the production values of the games on the sites above, but many are great addictive fun. The fact that they're free means there's no harm in trying a few out, right? 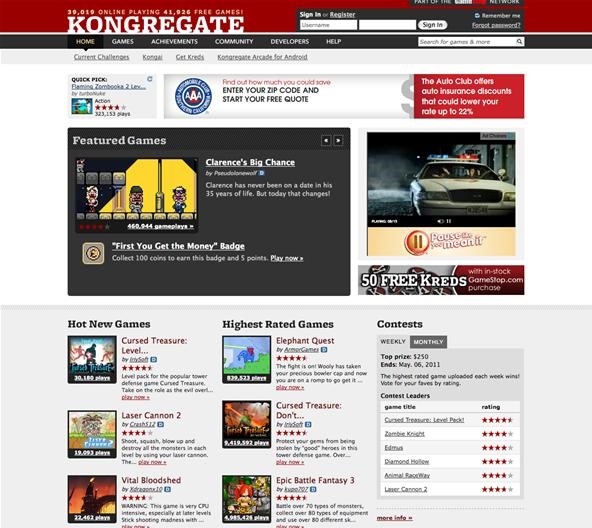