Great controls are the most important and difficult part of game design. Games with vector graphics and non-existent stories are classics because their creators managed to create a system where using buttons to control a shape on a screen was intuitive and fun. This is the tradition that Pac-Man has left us with, a gaming world in which controlling the character onscreen in an engaging way is the crux of the game's enjoyment.

QWOP, the much lauded iOS/Flash game by indie designer Bennet Froddy in which the player uses four keys to control the legs of the world's least effective Olympic track runner, thumbed its nose at all that. Terrible controls are integral to the QWOP experience. The entire objective for the player is accomplishing the most basic activity most games include: moving from left to right. In about 20 attempts on the QWOP track, my record is 5 meters—most of which were gained from getting my runner to fall forward. 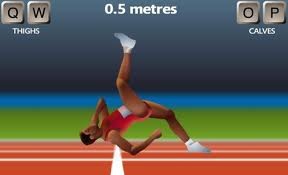 GIRP, the newest Froddy game and spiritual successor to QWOP, takes the idea of using keyboard inputs to control individual parts of the body performing athletic tasks—Froddy is a published academic author on sports medicine after all—and applies it to a game that's actually playable. This time your character is a rock climber, and a substantially more skilled one than your hapless QWOP runner. His only handicaps are that he can't move his legs and has aroused the ire of a nesting cliff bird. You control your climber by pressing keys that correspond to individual handholds to make him reach for them and then using Shift to make him pull himself up. The angry bird will attack you as you near the top of the cliff, where a fabulous treasure awaits.

Reaching the top in GIRP is a reasonable goal. The game doesn't appear to share QWOP's goal of addicting the player through frustration, but rather through the more traditional means of satisfaction. You will probably make some progress in your first couple of attempts at this game. In QWOP many players—myself included—barely ever made any progress in the game.

GIRP gives me great hope for Froddy's future in game design. If only he'd commit himself to that future instead of frittering his life away as the Deputy Director and Senior James Martin Research Fellow at the Institute for Science and Ethics, Oxford Martin School, Oxford University! His parents must be so disappointed. According to the university's website, he is currently writing a book-length introduction to Neuroethics. 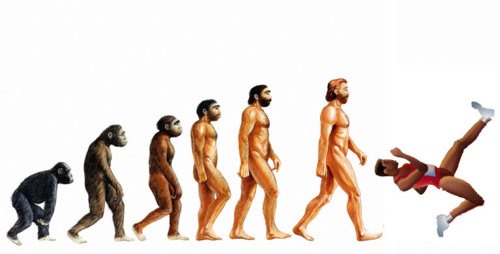 QWOP, by a long shot. Beating GIRP is a reasonable goal. Beating QWOP is not. Froddy actually learned how people had started getting really far in QWOP and then tweaked the game to make it even harder. Unnecessary, perhaps. Hardcore? Oh yes.